Don’t mind me! Playful cat strikes up a bond with...

It is well-known that cats and dogs often do not get along when they live together.

But this American Shorthair cat has bucked the trend by infiltrating a gang of three Shiba Inus and becoming a member of the canine pack.

The owners of the animals live in Chiba, eastern Japan, and told Bored Panda that they got the cat, named Kiki, when the dogs were already part of the family.

The unnamed woman said she and her partner had Shibas for years but he refused when she said she wanted a cat as well.

Eventually, she found a cat, Kiki, which they both liked and now the feline has even started to act like her pet dogs, who are named Saki, Ibuki, Hazuki and Kiki.

She said: ‘I often hear that it’s the dogs who get used to their owner’s sleeping schedule, and cats are the jerks who get up early and wake you up at 4 AM or something like that, but Kiki also sleeps together with the rest of us until morning.’

The pets’ adventures are also documented on the couple’s Instagram page. 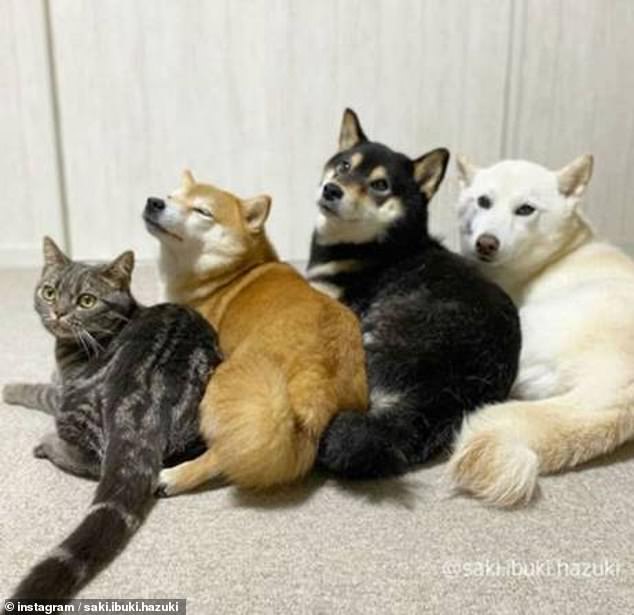 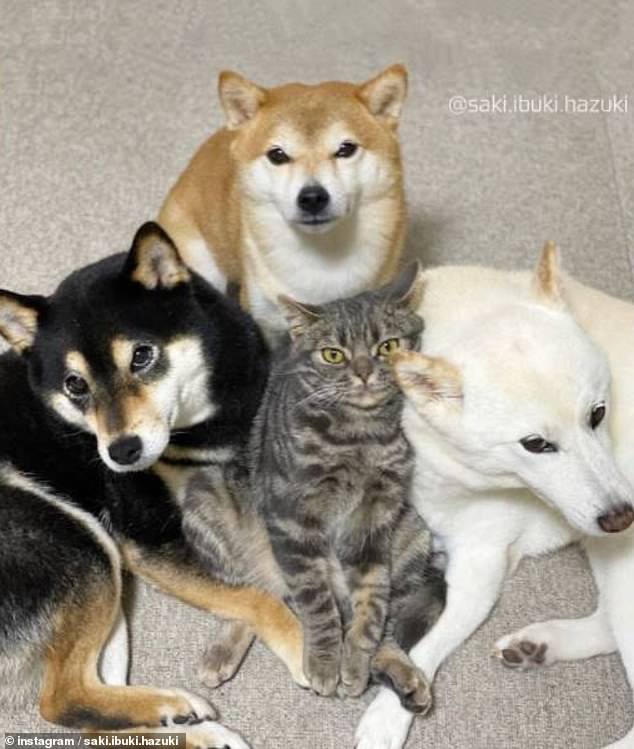 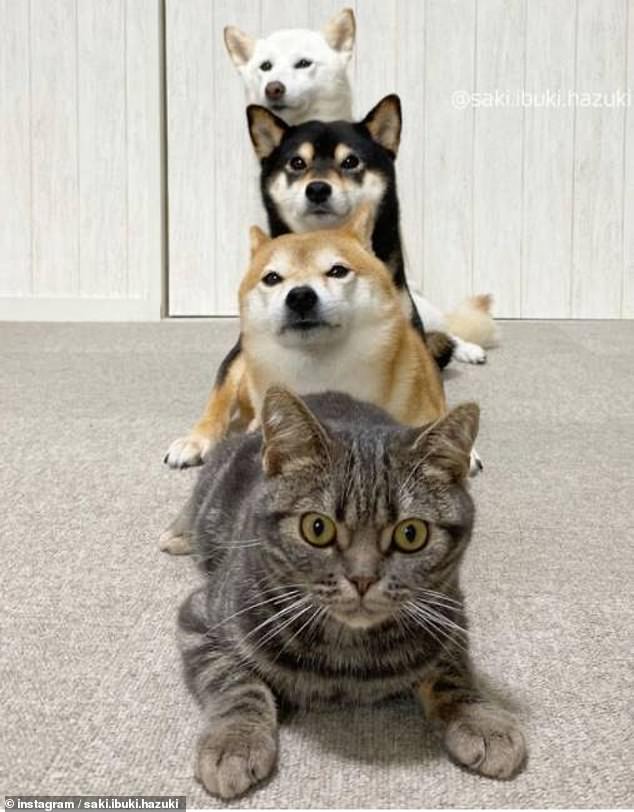 In another group shot of the pets, Kiki poses at the front while Hazuki lurks behind, followed by Ibuki and then Saki 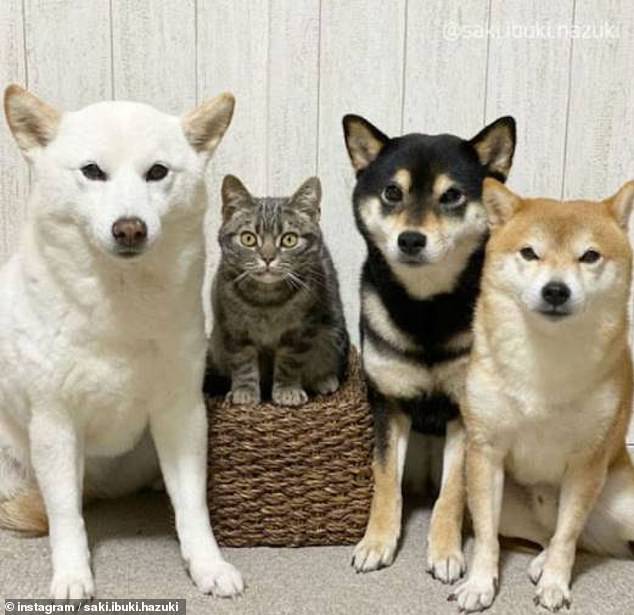 The animals appear to be experts in performing matching poses, as this picture amazingly demonstrates 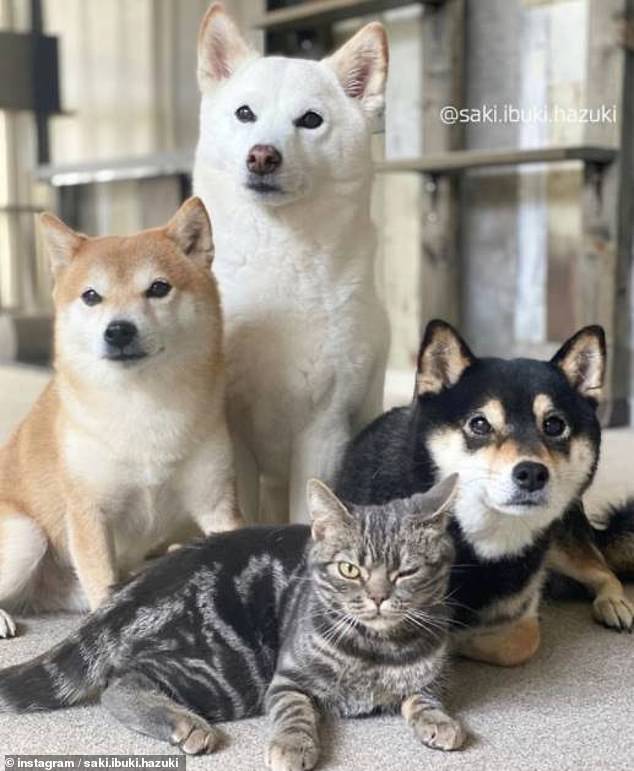 In this snap, Kiki seems to have one eye closed while his canine companions look on

Connect with:
Facebook Google Twitter
Don't have an account?
sign up
Back to
log in
Connect with:
Facebook Google Twitter
Back to
log in
Choose A Format
Personality quiz
Series of questions that intends to reveal something about the personality
Trivia quiz
Series of questions with right and wrong answers that intends to check knowledge
Poll
Voting to make decisions or determine opinions
Story
Formatted Text with Embeds and Visuals
List
The Classic Internet Listicles
Countdown
The Classic Internet Countdowns
Open List
Submit your own item and vote up for the best submission
Ranked List
Upvote or downvote to decide the best list item
Meme
Upload your own images to make custom memes
Video
Youtube, Vimeo or Vine Embeds
Audio
Soundcloud or Mixcloud Embeds
Image
Photo or GIF
Gif
GIF format